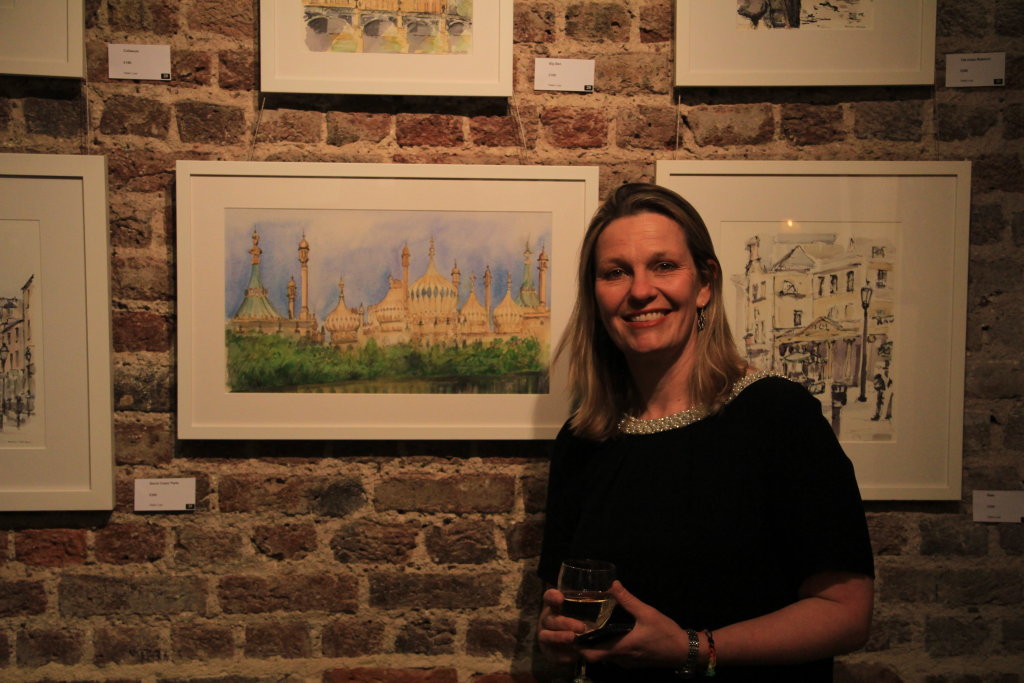 Following the success of their debut exhibition at the Crypt Gallery in April, Feza Erkeller-Yuksel and Helen Lee return to St Martin-in-the-Fields with their latest show, 'Point of View'.

The London-based painters, who have been exhibiting work together since 2010, share an interest in portraying moments of urban life as they present the modern city space in all its vibrant diversity.

‘Point of View’ will include Lee’s vivid watercolours of London, as she paints the city from some of its iconic vantage points and landmarks, while the new exhibition will also include work from Erkeller-Yuksel’s ResIstanbul Series, depicting scenes from the recent protests that have swept through the artist’s native city.

Erkeller-Yuksel, who has had her paintings of the Gezi Park protests featured prominently in the Turkish press, brings a sharp political eye to her latest work. Her ability to create rich and resonant textures in oil painting has clearly been energised by the turbulence of the recent unrest, but she will also be presenting a broad selection from her varied portfolio of work at ‘Point of View’, including a landscape piece that was exhibited on the BBC television programme, “Show me the Monet”.

Lee also cultivates a studied sense of atmosphere in her watercolours that is brought into focus by her detailed rendering of architectural forms and spatial relationships in vivid strokes. Using ink and wash to elucidate the colours and contrasts that constitute urban life, Lee’s paintings are both precise and uncanny in their depiction of London. Her latest work, presenting the capital in vibrant panoramas, allows her acute sense of tone full range over the city.

‘Point of View’ promises to be another diverse instalment in a series of collaborations that have seen Lee and Erkeller-Yuksel develop a collective approach to capturing city life in all its variety.
News
PreviousNext